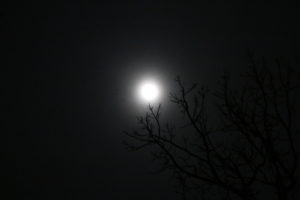 Do not underrate the value of optimism, especially during these dark and tenuous days. An optimist has been defined as one who believes things cannot get worse. I don’t like that definition, for being a short-termed pessimist but long-term optimist, that definition would render me a fool, and optimism foolish. And optimism is anything but foolish.

I prefer to define an optimist as one who believes that no matter how bad things get, things will eventually get better. An optimist is one who refuses to put an “expiration date” on hope, or the conviction that regardless of the current darkness and danger, there is still a dawn coming. And if the dawn should not fully eradicate the darkness or danger, an optimist believes that the light will at least make them more bearable.

An optimist is convinced that darkness and danger always pass away and the sun always returns. And once life’s uglies are past, even if only temporarily, an optimist refuses to dwell upon them, because he or she is too busy enjoying the beauty of what is emerging.

The often quoted saying has it that an optimist is one who calls the glass half full of water, whereas the pessimist calls it half empty. Yet both are true, of course; both views offer a legitimate perspective on what is real. The question is not which is the real, not which is the truth, since both are true; the question is, on which do you want to fix your attention?

I remember hearing about a genuine optimist from Des Moines, Iowa. He had just died unexpectedly at an early age, and he had a large funeral. Numerous persons told his grieving family how his perpetual optimism had affected their attitudes, how his positive thinking had influenced their patterns of thought.

A friend of mine who knew and cherished this man, said he was the most positive person he had ever met. He told me the story of a business meeting with this man and several others which took place during a nasty rainy/snowy/sleeting day. People arrived wet and cold and grumpy, complaining about the weather – as we Iowans enjoy doing.

When this man arrived, even though he was as wet and cold as the others, he was smiling and jovial. Someone asked him how he could be so positive in light of the abominable weather. And he said, “You bring your weather with you.”

His remark silenced the complaining, and turned the meeting into something surprisingly productive.

Words to take to heart: “You bring your weather with you.” An optimist brings weather that is always at the least, bearable: if it is dark, the stars are burning bright; if it is rainy, it is good for the soil as well as the soul; if it is stormy, it excites and elevates the heart; if it is desert dry, it helps us to better appreciate the rain when it returns. And if there is a pandemic, it renders life and love ever more precious. And like any season, it too will pass.

Though you are not in charge of the weather outside, you alone determine the weather inside.